…Had beef for lunch.
In the afternoon played Cluedo and The London Game.
Also did a game like the London Game with British Rail railway lines instead of the Underground lines…

Heaven only knows what I’m talking about here.

I know that the London Game was (and still is) a board game based on a giant map of the Underground.

Players were dealt a handful cards, each of which featured a London landmark or tourist attraction. The winner was the first person to “visit” all their allotted attractions, which you did by throwing a dice then moving a coloured counter around the map until you reached the corresponding station on the Underground (Tottenham Court Road for the British Museum, for instance).

Our version of the game came in a box that looked like this: 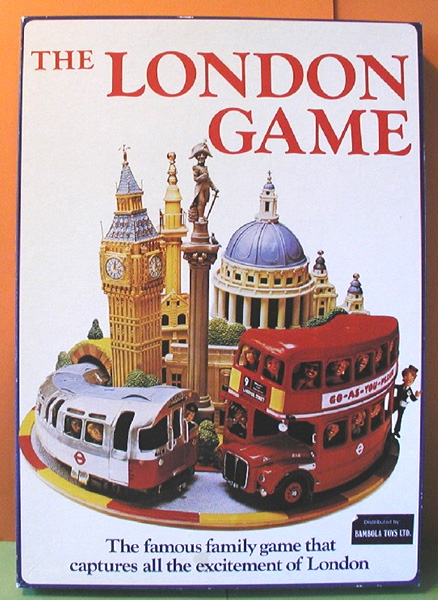 It also had an equivalent of the Monopoly ‘Chance’ cards, on which would be mischevious instructions such as “Go to Kensal Green” (the most far-flung station on the board).

Perhaps unsurprisingly, I always enjoyed this game. The box is still in the wardrobe of my old bedroom in my family home. I don’t think it’s been touched for at least 20 years.

But as for this game “like the London Game with British Rail railway lines”, the mind boggles.

Did I invent this on the spur of the moment? Did the whole family help design and draw it? What became of the “board” once the “game” was over?

I love the sound of it, but it certainly wasn’t any kind of game that had been bought from a shop (more’s the pity), and I’ve no recollection of what happened to it afterwards.

Also, it would surely have taken ages to play. Here’s a map of the UK rail network, not all that different from what it looked like in 1986. Imagine if the stations you got dealt were, say, Truro, Ely, Rhyl, Saltburn and Wick. The game would have lasted through the night!