…The Commonwealth Games finished yesterday with England heading the medals table with 58, or was it 52, golds.
This afternoon I breathed and I ate things…

Not even this attempt at a bit of deprecation makes up for the special self-typed, carefully-stapled pull-out that also accompanies today’s entry in my 1986 diary.

For it seems I was more obsessed with the Commonwealth Games than previously thought.

Not only did I watch hours of it on TV, not only did I add all the results to the official BBC Commonwealth Games handbook, not only was I saving up to buy the signature tune on BBC Records… but I also took it upon myself to do this: 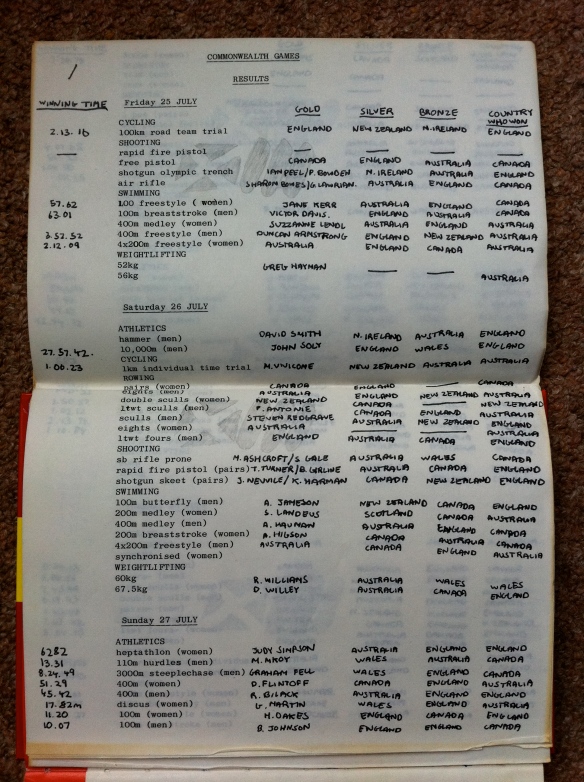 There’s no point pretending I didn’t take a lot of care over this. Look: I’ve even recreated the official Games logo in pencil. Several times.

Here was my fondness for annotation and commemoration in full, giddy effect.

“What did you do during the holidays?” my classmates would ask when school resumed in the autumn. “Nothing much,” I lied.