…My Central letter came this morning…

And here it is: 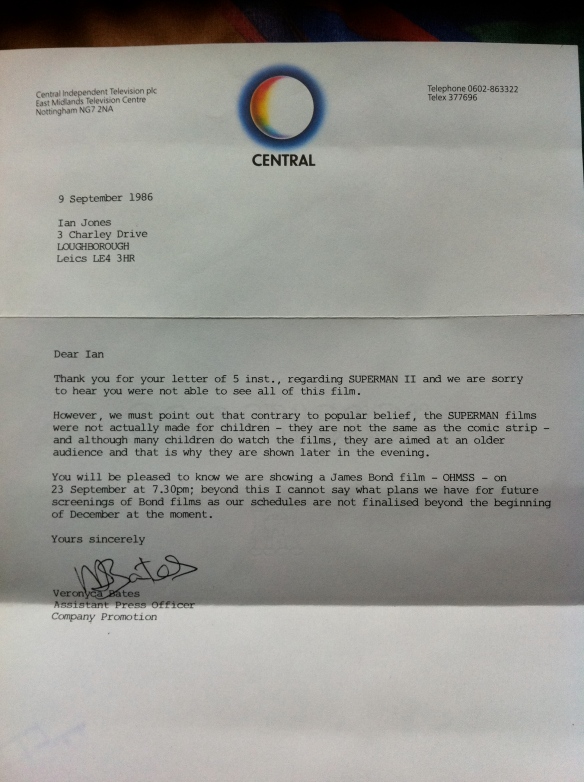 Despite getting my postcode completely wrong, I was pretty thrilled with this response.

To be honest, I’d have been pretty thrilled with any kind of response.

But what a great, thoughtful and detailed reply to my rather cheeky, insolent inquiry. Not only had I moaned at them for putting Superman II on too late, I’d then had the temerity to fish for a bit of future scheduling information.

I was handsomely rewarded on the latter, and as for the former, that looks to me like someone’s taken the trouble to offer a sincere explanation, rather than a patronising put-down.

Twenty-five years on, I’d like to say thank you to Ms Veronyca Bates.

By the by, today I got to play the school’s electronic keyboard in morning assembly. “I used the electric guitar sound,” apparently. My efforts to overthrow the centuries-long reign of the incumbent ivory-tinkler were gaining ground.