…Mrs Thatcher is back in office for another five years.
She won with an overall majority of 102.
Nobody expected it to be quite so big.
Labour are the opposition along with the Alliance, the Scottish Nationalists,
Plaid Cymru and various Irish parties.
I stayed up until 1.30am watching the BBC’s coverage.
It was great – I had my map and my list of marginal seats, plus a cold flannel
to help me stay awake.
Dad stayed up a bit later than me I think, but not much.
I wasn’t as tired as I thought I would be this morning.
At school nobody else had stayed up to watch the election.
Instead we had to write a story about a slime monster.
There was a Rounders tournament but I didn’t go as I was
reading in the classroom, and then had to help Mrs Emmett [the art teacher]
with a delivery of paper.
Finally had the hospital appointment about my ears – more antibiotics…

Many years later I would finally get to see, write about, and then try to sound witty about, the whole of the BBC’s 1987 election results coverage.

But for now I had to make do with three hours or so on Thursday night, then half an hour during Breakfast Time, and finally the very last 10 minutes of the Friday afternoon programme, thanks to me getting home promptly from my hospital appointment. I was particularly thrilled to see Philip Schofield and Gordon the Gopher both sporting nicely-pressed suits when they followed on from David Dimbleby to introduce Children’s BBC.

As I mentioned before, I didn’t really have any appreciation of what Mrs Thatcher’s victory might mean for the country in a literal sense. I had only a kind of abstract grasp of the details of her party’s policies. But this was a damn sight more than my fellow pupils, some of whom didn’t even know who the prime minister was.

I know this for a fact because I tried to ask some of them about it in the playground when I arrived this morning. To be fair, I suppose their blank looks might have been a sort of affected indifference. Or maybe they’d decided to always react like that whenever I started talking to them.

The election had undoubtedly proved to be a useful distraction from my continuing partial deafness. Today’s appointment with a consultant at Loughborough General Hospital would turn out to be the breakthrough and lead, within a few weeks, to my hearing problems disappearing for the rest of the century.

Which was a relief, as I’d come to believe they would, like Mrs T vowed of herself, go on and on and on. 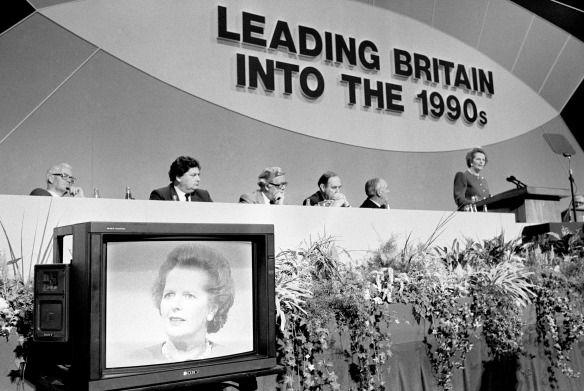 …In 24 hours from the time I am writing this, the polling booths will have closed and
Election 87 on the BBC will have begun.
Opinion polls show another Tory government with another Labour opposition
but who knows?
That may not be right.
You can’t judge the opinion polls, and the biggest and most important opinion poll
is the one taking place tomorrow from 7am to 10pm when the nation will be able to exercise their vote…

I sound so pompous here. Yes, more than usual.

This was one of those occasions where I was using my diary to hold forth on something I couldn’t do in public. I’ve already mentioned that nobody at school was interested in the election, neither teachers nor pupils. At home my dad helped me with my list of marginal seats and had chipped in to help buy me the ITN Election 87 Factbook. But that was about it. I knew of no kindred spirits for my interest in and obsession with the election. Naturally, therefore, I kept quiet. Very very quiet.

Yet despite fussing persistently over the mechanics of the election and the practicalities of polling day, I didn’t have any sort of opinion over who ought to win. I wasn’t supporting anybody. Sure, I knew what all the main parties stood for, but I didn’t have any real awareness of what their policies meant, or could mean, for the country.

I did not grow up in, to use a phrase so beloved of the statesman’s memoir, a “political household”. We did not discuss privatisation and trade union reform over the kitchen table – not least because we didn’t have a table in the kitchen. I think one of my parents voted Conservative right through the 1980s. But they certainly never broadcast the fact, and I can’t recall any sort of political discussion, never mind argument, taking place until the end of the decade, when Thatcher was on the ropes, our neighbours had announced they were refusing to pay the poll tax, and I first nailed my colours to a mast.

But that’s not for now.

All I was bothered about on this day in 1987 was whether I’d be able to stay up late on a school night to see a few results. Who’d be first to declare: Cheltenham, Guildford or Torbay? 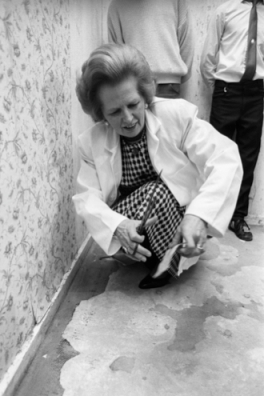 …I’ve had my ear problem four months now and I am at the hospital next Friday.
Today’s polls showed the Tories at 43%, Labour at 35% and the Alliance were still at 21%.
I got rather bored today – I wandered around, getting in people’s way and generally doing what bored people do.
I ended up making a list of all the marginal seats in the 1983 General Election,
ready to see whether they change or stay the same on Thursday…

Any child psychologists looking in will be having a field day.

…An opinion poll today showed that Labour were catching up on the Tories with
the Alliance increasing slightly.
The whole of this morning at school was taken up with a pretend murder mystery.
Five people from my class had to go off and decide which one of them was the
murderer and who were the suspects truthfully.
They had to decide the story and the plot – and I was one of them.
The rest of the class were divided into groups and they had to work out who was
the murderer by asking questions.
None of them got it.
But it wasn’t me.
AHAHAHAHAHAHA…

The bulk of lessons during my last month at primary school seem to have deviated almost completely from the usual fare of SMP, comprehension and silent reading. This week had already seen a trip to some dressed wells, a couple of hours spent building a model crane, and a “singing relay” in assembly. Now here I am, spending an entire morning playing whodunnit.

Either my wayward teacher had given up and gone for the “Free swim! Free swim!” option, or we were the control class in one of Kenneth Baker’s proto-national curriculum experiments.

…I am still deaf.
I have started my election folder.
Mrs Thatcher has said no to the idea from Neil Kinnock of having a debate
live on TV together.
She said: “There would be more hot air than light.”…

One of the few things Mrs Thatcher has ever said with which I agree.

The election folder was a ring binder in which I saved clippings and cuttings from newspapers and magazines. Looking through them now it is, inevitably, instructive to see the depth of coverage that used to be given to a general election.

Every day newspapers profiled contests in individual constituencies. Every day came long accounts of what each of the main party leaders (including David Owen and David Steel) had been up to. Sketchwriters penned inconsistently witty pieces from around the country. Ministers, shadow ministers and SDP no-hopefuls were afforded exhaustive pen portraits.

And then there were the opinion polls. Dozens of them, sometimes two or three a day. I kept a record of them all and plotted the results on a chart on my bedroom wall.

Meanwhile there was a month to go until polling day: a month to convince my mum and dad to let me stay up to watch the results – to stay up later than I’d ever stayed up before.