…A day trip to London.
We must have been on about 20 of them by now, but I don’t really mind.
There was a huge panic because we thought we were going to miss the train, and
we almost did…
Arrived at London at 11.30am, and went first to a magic shop in Charing Cross
station where I bought two tricks, neither of which I have yet been able to do.
We had lunch in a John Lewis, and then while Dad went off to a meeting
we went to look at Piccadilly Circus and the Trocadero, and also, best of all, to a
BBC shop…

My dad must have needed to go to London on work business, and then decided to bring the family along for a day trip as well.

I haven’t a clue why we went to a magic shop. One of the tricks was something to do with making a ball disappear from under a cup. I never quite mastered it.

I know full well why we went to the BBC shop, however, and it was because I demanded it. I think this was the occasion I bought SIX O’CLOCK NEWS and NINE O’CLOCK NEWS car stickers, which I then pretentiously displayed in the back window of the family Volkswagen. “Ooh, does your dad work for the BBC?” people would ask at school from time to time. Stupidly, I never once pretended and said yes.

…The world, or rather the USA and Russia, have agreed to scrap
all medium-range nuclear missiles – hooray!
At last: they took so long about it.
But today they only agreed, and they will sign the contract next month.
In Dance this morning we had to do something about what we wanted to do
when we grew up…

I would have found this task more challenging than the usual dance-based fare thanks to the fact I didn’t have a clue what I wanted to be when I grew up. I never had an inkling. Not once during my childhood do I remember ever alighting upon a profession and thinking: yes, that’s the one for me.

Instead used to tell people, rather cockily: “Well, I know what I DON’T want to do…” and sometimes follow this up, were I feeling particularly sardonic, with: “…and that’s be within a hundred miles’ distance of YOU!”

Understandably, this was not received well.

But by now I was defining my life through negatives, rather than positives (thanks, adolescence!), which people who know me now will recognise as a trait still very much in evidence. So I guess in that sense, I had alighted on something that I was going to do when I grew up. I don’t think that would have satisfied my dance teacher, however, so I’m guessing I probably settled for a) miming playing a piano or b) pretending to introduce an edition of Panorama. 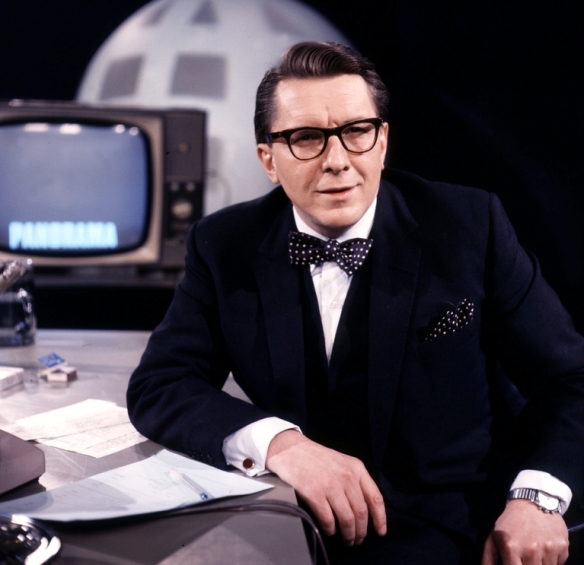 …I have been really down today.
The fair is in town for one thing, and I never like it.
It causes so much disruption, the roads are in chaos and the rides are terrible.
I have also had a really horrible cold.
This evening we all had to go to this party, which was for a couple who Mum and
Dad knew and who had got married earlier in the day.
It was terrible.
Music, dancing, noise: OUCH…

(Although to be honest, this does seem uncannily like any entry in any of my diaries from any point in the last 25 years.)

…We had to go on a family outing to Bradford to meet some people who Mum
knew when she was at university.
It rained almost non-stop the entire day.
On the way up we stopped at Holmfirth,
which is where they film Last of the Summer Wine.
There was a rather small exhibition of pictures from various episodes.
In the pouring rain we found Nora Batty’s house and also the Cafe.
There was nobody else around at all.
When we got to Bradford I spent most of the time in the house
playing with Ceefax and Teletext…

Holmfirth wasn’t quite the tourist attraction in 1987 that I suspect it is now. I’m being rather generous with my use of the word “exhibition”. It was more like a dozen or so polaroids stuck to the inside of a window using Blu-tack. Then again, this was during The Seymour Utterthwaite Insurgency.

…We had our first Dance lesson, and had to do a really silly workout.
First of all we had to twiddle our hands, then swing our arms, then waggle our
elbows, then swing our heads round, then wiggle our hips, waggle our knees
and finally kick our feet, before repeating the whole thing over and over again.
It was SO EMBARRASSING…

We had two lessons of this every week, alternating in a ramshackle fashion between dance, drama and music.

The only time I ever enjoyed dance was when the teacher brought in her tape of Andrew Lloyd Webber’s Greatest Hits and got us to do a routine to the theme to the South Bank Show.

This would happen roughly once a year, and on each occasion she would ask us if anyone knew the name of the piece of music. I was always first to put my hand up.

Well, it was the one time I could actually show sincere interest in the subject at hand. Sadly it was also one of many times I would find myself edging closer to peer-led ostracisation. Why couldn’t I just keep this sort of knowledge to myself?